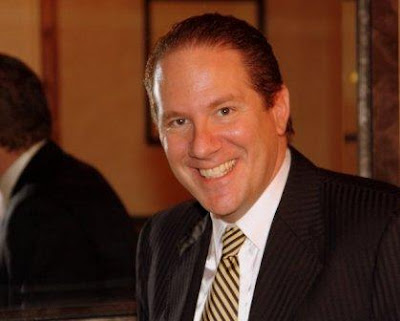 To our Worldwide Viewers, Readers and Listeners across the Globe:

As many of you know, we receive hundreds of requests from Attorneys, Individuals, and Families of the Wrongfully Accused around the world.

We take each request very seriously, no matter how small the situation seems at the time. We truly understand the pain and suffering that you are going through because of your personal situation. We do all that we can to make sure that every single piece of mail, email and request for information is responded to by one of our dedicated volunteers and staff members.

We also know that many of you believe that there are DNA specific issues that you wish to have reviewed, because you feel that the technology that is now available might be able to clear your loved one or client.

Because of this question, we feel that it is essential to respond openly to a very nice letter that we received from Scott M. Kareff, an Attorney based in New York City about our foundation. Wow! we are making a difference in the world! Thank You, Thank You, Thank You!

We openly commend Barry Scheck and Peter Neufeld who created the INNOCENCE PROJECT almost 15 years ago, out of a need for detailed analysis of cases of individuals who could and should be cleared because of technology that is now available that was not readily available 15 years ago.

This commitment by Barry Scheck and Peter Neufeld created a tidal wave of support, stemming from a small legal clinic affiliated with the Benjamin N. Cardoza School of Law at Yeshiva University, that was dedicated to exonerating wrongfully convicted individuals THROUGH DNA TESTING and reforming of the criminal justice system to prevent further injustice.

For over 15 years Barry Scheck and Peter Neufeld have been able to raise public awareness of the serious problems in the Criminal Justice System. The continue, through The Innocence Project, to educate the public via classes, seminars, conferences, clinics, and workshops in the field of Criminal Justice.

As a result of the work that started with two men and a dream, Barry Scheck and Peter Neufeld created a very well respected Network of Individuals who share in the same goal, to free the innocent. Through their worldwide website at www.innocenceproject.org , Scheck and Neufeld have gained the respect of the world, as they have taken the DNA Evidence Provision to a new standard.

Our question is simple? Where are the other States NOT LISTED ABOVE in their pursuit of Freeing the Innocent Man through usage of technology? Simply said... They are nowhere to be seen!

One thing that Attorney Karreff pointed out in his letter to our office was that even though our successes are and have been noticed on a worldwide basis, there are still people who may believe that we can assist or have the ability and funding to deal with DNA Specific Issues.

This truly makes sense, as the world is aware of the power of DNA Testing, and the decisive changes that it can make to a family of the falsely accused and its global scientific value.

We want to be completely clear to our readers that we do not deal with DNA issues and do not have the ability to assist those seeking exoneration via DNA Extraction and Comparison Methodologies. This is where we simply ask you to visit the Innocence Project Website and "get in line" as you seek the assistance you deserve. If you need assistance not in the scientific realm, but of an investigative nature, we can assist you.

What we do at the Robert Paisola Foundation is much different than what Barry Scheck and Peter Neufeld do with their Network of Affiliate Agencies listed above. We use the media and our investigative techniques and technology to not only prove a mans innocence, but through usage of Investigative Media Techniques and endorsements from world renowned experts across the globe we create public awareness using our vast networks to ensure that EVERYBODY INVOLVED, including the Court, The Judges, The Prosecutors, The Inmates, The Families, Defense Counsel, The Prosecution and most importantly, our readers, viewers and listeners simply know and understand that there is a problem that must be resolved. We do not churn the courts with paperwork, we do not grandstand, we simply point out the issues that have created the illegal conduct that Imprisoned the Condemned , regardless of the "political correctness" of our methods.

The bottom line is if you choose to screw with one of our clients, and you make a mistake, your statements will be heard worldwide. We promise you that.

The Innocence Project that was started by Scheck and Neufeld is applauded by The Robert Paisola Foundation for their work to free the innocent. We are similar, however there are many differences. And you will see in the future, as we forensically examine the Harry Blausey Case based in Licking County (Newark, Ohio) that we are spending a very large sum of money to do what the trial counsel failed to do, and to present that to the people that count, The American Public and Judge Thomas Marcelain of Newark, Ohio, Licking County Ohio via www.HarryBlausey.com.

You should also know that Scheck and Neufeld have a very sophisticated method for accepting cases and that because of the OJ Simpson Trial, they have gained the right to pick and choose who they represent. We understand that they have even created a way to authorize, license and sponsor agencies that support their ideals. And money is generated from the creation and fees generated at their classes, seminars, conferences, clinics, and workshops in the field of Criminal Justice. They have even trademarked their Name INNOCENCE PROJECT ! Impressive!

So, even though we know that the intentions of their organization are somewhat parallel to our missions and goals, we need to again state, we can not assist with issues involving the "Innocence Network" including Murder Issues and Sexual Assault Issues, as we leave that to the worlds best.. Scheck and Neufeld.

Therefore, we want to make a public statement that if you need assistance in the areas covered by The Innocence Network, contact one of their affiliates listed above or below. If you are in a state that does not have an official innocence project, including Utah, we ask one simple question... WHY?

As of July 23, 2009, 240 defendants previously convicted of serious crimes in the United States had been exonerated by DNA testing. Almost all of these convictions involved some form of sexual assault and approximately 25% involved murder. (See Wikipedia)

As of July 23, 2009, 240 defendants previously convicted of serious crimes (Murder Issues and Sexual Assault Issues) in the United States had been exonerated by DNA testing. Almost all of these convictions involved some form of sexual assault and approximately 25% involved murder.(See Wikipedia)

The Robert Paisola Foundation pays high regard to these men who have dedicated their lives to the pursuit of justice and commends their organization for their dedicated focus on Sexual Assault and Murder. This is now essential to our society.

We thank Barry Scheck and Peter Neufeld, Attorney Scott M. Kareff and the entire Innocence Project Team for their acknowledgment of our accomplishments. This means more than you know.

We are in the process of garnering support throughout the country so that The Robert Paisola Foundation, just like The Thomas M. Cooley Innocence Project that are now part of the Innocence Network, will be added to the list of agencies, foundations and individuals who are focused on the goal of freeing the innocent, using a web of agencies in the United States, Canada, the United Kingdom, Australia and New Zealand to create a non-competitive environment for all who endure to free the enslaved.

In this battle for justice, there are no competitors, just alliances. And the alliances run deep.

We ask Attorney Kareff in this open forum to now allow the hundreds of organizations who work on a daily basis to work side by side with your official clients of the Innocence Project, as they progress toward their mutual goals of reuniting those in The Criminal Justice System with their loved ones. Can you imagine what the world would be like if you were able to continue your trend of freeing 240 innocent people WITH the assistance of hundreds of organizations that share the same ideals as your clients Scheck and Neufeld? We believe that based on statistical data almost 20 percent of the imprisoned population is truly innocent... guess how many are of African American Descent? You know the numbers.

In the meantime, we honor our different approaches to freeing the accused, and pay tribute to the scientific methods of dealing crimes such as Sexual Assault and Murder, but ask you to now open the doors of freedom to men like Harry Blausey, Rick Koerber, Steve Cloward,Robert Lambert and Many others, who represent a new generation of perceived "White Collar Defendants" who are unjustly incarcerated for many years because of illegal and unethical issues with Counsel, Side Deals with the Prosecution, "Counsel who SOLD OUT for other Clients", The Media, The Public Paid Investigators, The Paid vs Non Paid Lawyers and The American Public, who were all convicted in the media... many months if not years before their "day in court"

Thank you Attorney Scott M. Kareff and your firm for your support. We are here 24/7 if you need us!

To your continued success,

Note:
If you are charged with a sexual assault or a murder, please visit the website of Barry Scheck and Peter Neufeld. If you are someone that they can not assist, please feel free to email us your story. Please be detailed and specific, so that we may adequately review your case. If you have any questions regarding this differentiation between The Robert Paisola Foundation and the classes, seminars, conferences, clinics, and workshops presented by Attorney Scott M. Kareff's clients, please contact us at vindication@robertpaisola.org

This is a list of sites that may also be able to assist you:

Robert Paisola, The Most Feared Voice In Corporate America!

Promote Your Page Too 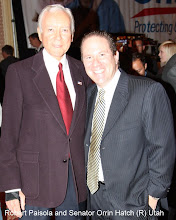 For the Free Capitalist Project 2009